It’s #WineWednesday, and that means it’s time for another #Wordologie post! This is a new series that I introduced for the 1st time last week and, if preliminary feedback is any indication, it seems as though people really love it because it helps decrease the intimidation factor that champagne is often associated with.

If this is your first Wordologie “Effervescent Education” session I encourage you to check out last week’s post so that you not only learn another word to add to your wine vocabulary but that you also understand how this series got started and why I think you’ll enjoy it. With that said, let’s get to this week’s word!

Not only are the Balthazar bottles a remarkable site to behold because of its humongous size, but I also love the little bit of history attached to them. Many of the larger sized champagne (and wine) bottles are named after Biblical historical figures, such as kings. The Balthazar bottle is said to be named after one of the Three Kings–the Magi–that presented gifts to baby Jesus at nativity.

According to the book of Matthew, Balthazar (“King of Treasures”); Melchior (“King of Light”); and Gaspar (“The White One”) came bearing highly valuable gifts of gold, frankincense (an aromatic gum resin used in incense and perfumes), and myrrh (another aromatic plant resin). My imagination however quickly conjured up an additional image: a camel arriving with the men with a big ol’ giant bottle of wine on its back. After all, Balthazar is considered the King of Treasures and I would certainly consider it a treasure if someone showed up at my place and gifted me with the equivalent of 16 bottles of wine {wink}. 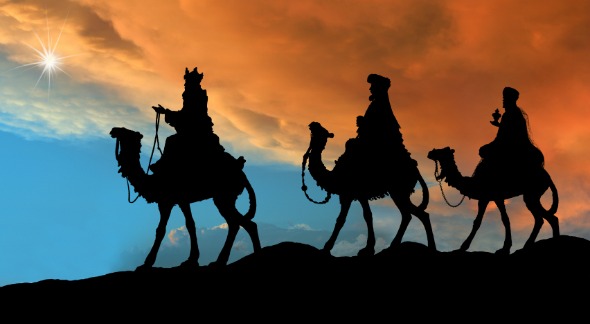 Is that a bottle of wine I see on that camel? {image courtesy of the Institute of Faith, Work & Economics blog}

Brings new meaning to showing up as a guest to someone home with a bottle of wine, eh?

But I digress–back to Wordologie! While I personally would be thrilled to buy and drink (with a little help, of course…maybe…) the contents of a Balthazar it seems that no everyone is quite as excited. Apparently, because of the way champagne the champagne gets into the large format bottles, some in the industry believe that the  big bottles contain inferior product. This is because most champagne houses aren’t able to conduct a secondary fermentation in the larger bottles because difficulty executing the techniques that makes champagne what it is, such as riddling the bottle. So, after the secondary fermentation completes in smaller bottles the champagne must be transferred into the larger ones, which results in a loss of pressure. 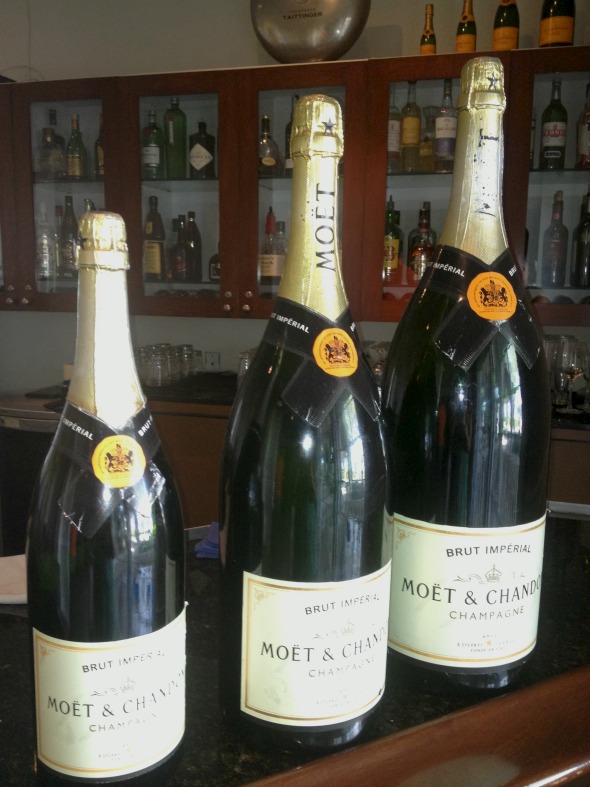 Being the bubbly adorer, educator & aficionado that I am however, I think I’d rather judge for myself! Some of the champagne houses and brands that produce large format bottles like The Balthazar include:

Hey you champagne houses, I just got a spectacular idea! Let’s host an event to debunk the large format quality naysayers called “King of Treasures: The Balthazar Challenge” where large format bottles from each of your houses are tasted side by side by selected judges (like me, of course!) as well as the general public. Balthazars and The Bubbleista is definitely a match made in champagne heaven. All you have to do is provide the champagne and I’ll handle the logistics. Sounds incredible, right? Just email me and let’s get this thing rolling!

Yep, I should be getting some emails any moment now…

Share on TwitterShare on FacebookShare on Google+Share on Pinterest
« #MotivationMonday: “C” is for Celebrate
May Sneak Peek »