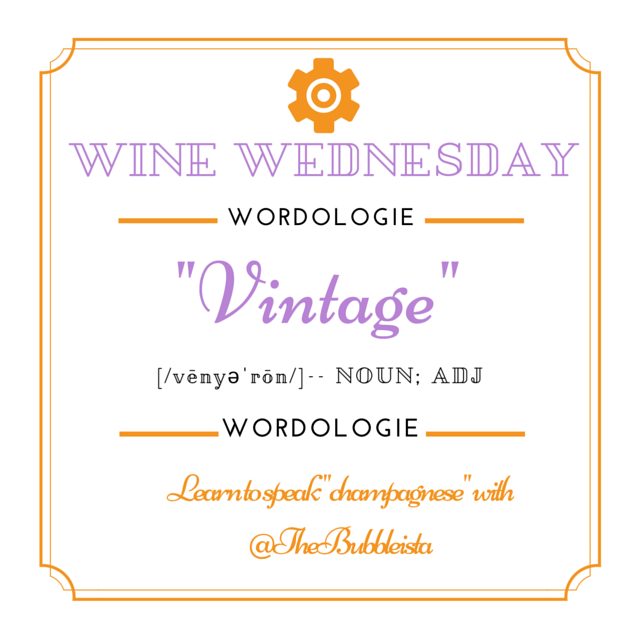 Have you ever looked at a champagne label, seen the word “vintage,” and thought to yourself “Why in the world would I want to drink wine that was 20 or 25 years old?”

Couture lovers know that the typical rule is that clothing is considered vintage once it hits the 25-year mark. But we’re talking vino here people, not fashion! Evidently it’s time for another Wine Wednesday Wordologie lesson! 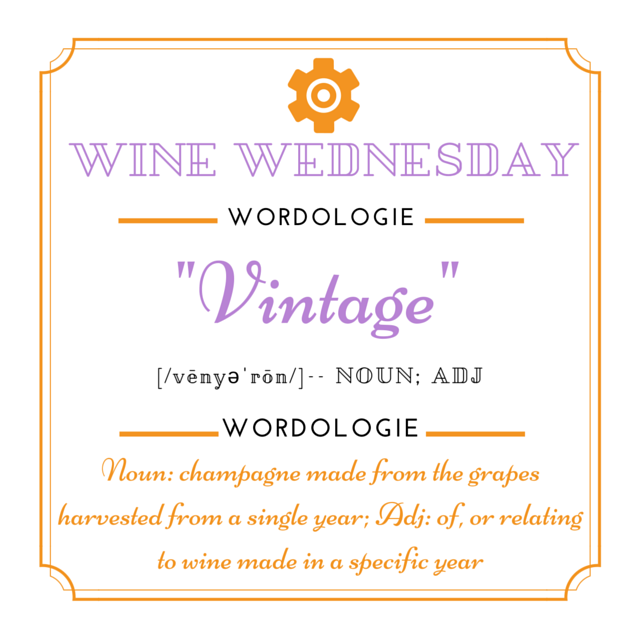 Let’s break down the origins of today’s “term of effervescence” for a little fun:

Middle English, probably alteration of vendage, from Anglo-French vendage, vendenge,
from Latin vindemia grape-gathering, vintage,
from vinum wine, grapes + demere to take off, from de-+ emere to take —
more at wine, redeem
First Known Use: 15th century
As you can see the origins of the word really stem {you see what I did there? Stem? Grapes have stems…? Ah, never mind.} from wine/grape harvesting, which we know has been around for centuries, so the use of the word to describe old cars; clothing; and furniture is really relatively recent. Identifying a vintage wine is a simple as looking a the label, since the word “vintage” and/or the harvest year will be listed. 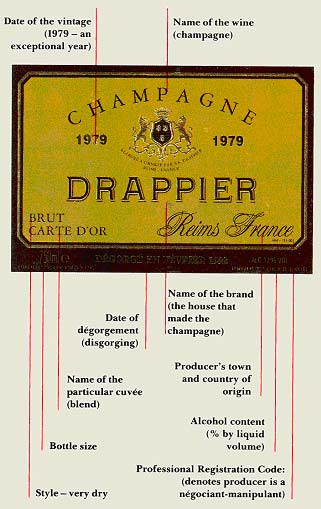 Just as an added bit of Bubbleista advice, if you ever in life come across a bubbly where the “vintage” year is the same as the year we are currently in, you probably want to leave that wine in the shelf right where it belongs. Why? Because all French vintage Champagne must remain on the lees {to learn more about “lees” click here} for a minimum of three years after the commencement of the second fermentation in the bottle. As you already know if you’ve been following along with Wine Wednesday Wordologie, a champagne remaining on its lees is what adds more complex flavors to the final product. My mouth is watering just thinking about the deliciousness… 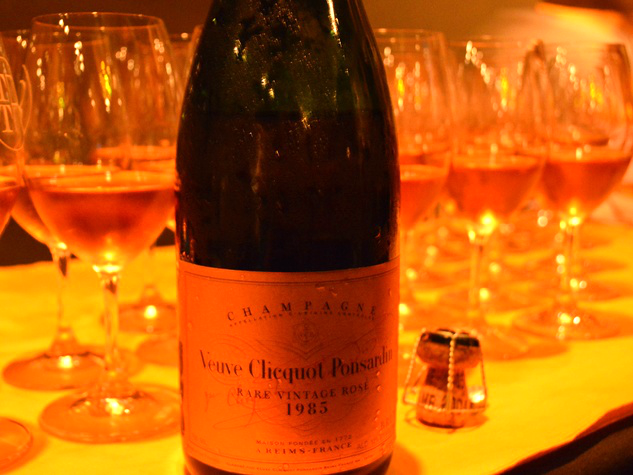 Now back to business! The general perception is that vintage champagnes are superior in quality because most vignerons and wine makers only make vintage champagnes from years that have an exceptionally superior harvest when the growing conditions are optimal and virtually perfect for growing the tastiest grapes. There are no laws that govern which year is determined as vintage years, but rather each champagne house determines on its own whether the weather conditions that year were conducive to producing a Vintage Champagne.  Typically only about 10%-15% percent of the total champagne made will ultimately be designated as vintage champagne.

That said, there is also the perception that all vintage champagnes are of superior quality to those that are made from a blend of wines from different years. According to Wine & Spirits Magazine Wine Critic {who specializes in champagne} & Senior Correspondent Peter Liem:

Oftentimes a vintage champagne is perceived to be of intrinsically higher quality than a non-vintage champagne, but in theory, this is not necessarily true. In practice, however, vintage champagnes tend to be made from a stricter and higher quality selection of grapes, thus intended to be made as a higher quality wine than the same producer’s entry-level non-vintage brut. However, some producers will make top-quality champagnes from a blend of multiple vintages—Laurent-Perrier’s Grande Siècle, Krug’s Grande Cuvée or De Sousa’s Cuvée des Caudalies, for example—and these should not be viewed as inferior simply because they lack a vintage date. 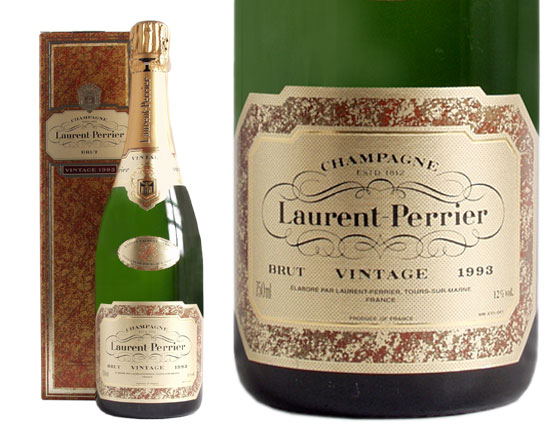 Superior or not, I always jump on any opportunity to sip a vintage champagne because I know I’ll never again taste another one exactly like it. Since weather and climate are different from year to year–rain levels; amounts of sunshine; temperature, etc–and are such dynamic and variable forces/factors that have an influence on wine’s taste, no 2 growing seasons are going to be identical. Subsequently, the wines resulting from those growing seasons will never be identical either.

Moral of the story? Always. Drink. The vintage bubbly.

So what vintage bubblys have you tried that you love? You tell me yours and I’ll tell you mine!
Share on TwitterShare on FacebookShare on Google+Share on Pinterest
« Fizz Friday: Jean Laurent Blanc de Noir Brut
Fizz Friday: Fab Four Roundup »