**Welcome to “Motivation Monday” where you can get little bits of inspiration for everyday life…sometimes serious, sometime funny, but always “effervescent!”**

I wrote a freelance article for a publication a few weeks ago on a relatively innocuous subject. The subject matter wasn’t anything controversial, political, or the type of subject matter that incites intense emotional reactions but, strangely, intense responses are apparently exactly what I got.

I say “apparently” because I don’t exactly know what all of the comments said. That’s because I’ve made it a rule to not read all of the comments on any other sites I write for, except for this blog of course, and have in fact adopted the practice of reading the 1st comment only. Why? Trolls, of course. Internet trolls post mean, insulting, sometimes hateful things under the cover of behind-the-computer-screen anonymity, solely for the purpose of causing disharmony or lashing out because they have sad, pitiful lives.

And from what I understand, these internet minions were out in full-force commenting on my article. I found out about the comment because friends reached out to me on social media to ask me what the deal was. One of my girlfriend’s commented “Who are the haters that you seemed to have picked up in the comments? Jeez louise! #hatersgonnahate” I let her know that I’d only read 1 comment (and I also told her about my rule), but I have to admit that I was then really curious about what those comments said. You know what I wrote about? Wine! Yes, wine. I gave my tasting impressions and made some recommendations for readers to drink. What could there possibly be to “hate” on about that? For a while I was really contemplating what the comments could be. Then a short time later another friend of mine sent this message:

“You know you are on the right track when you move people to express themselves.”

BOOM. I read that and instantly a lightbulb switched on: some random strangers, who have no vested interest in my success or failure, actually spent time to formulate negative energy and then spent more time to put it in written form. The reason they did that wasn’t because of what I wrote, but because I had dared write at all. Right then this realization occurred to me: 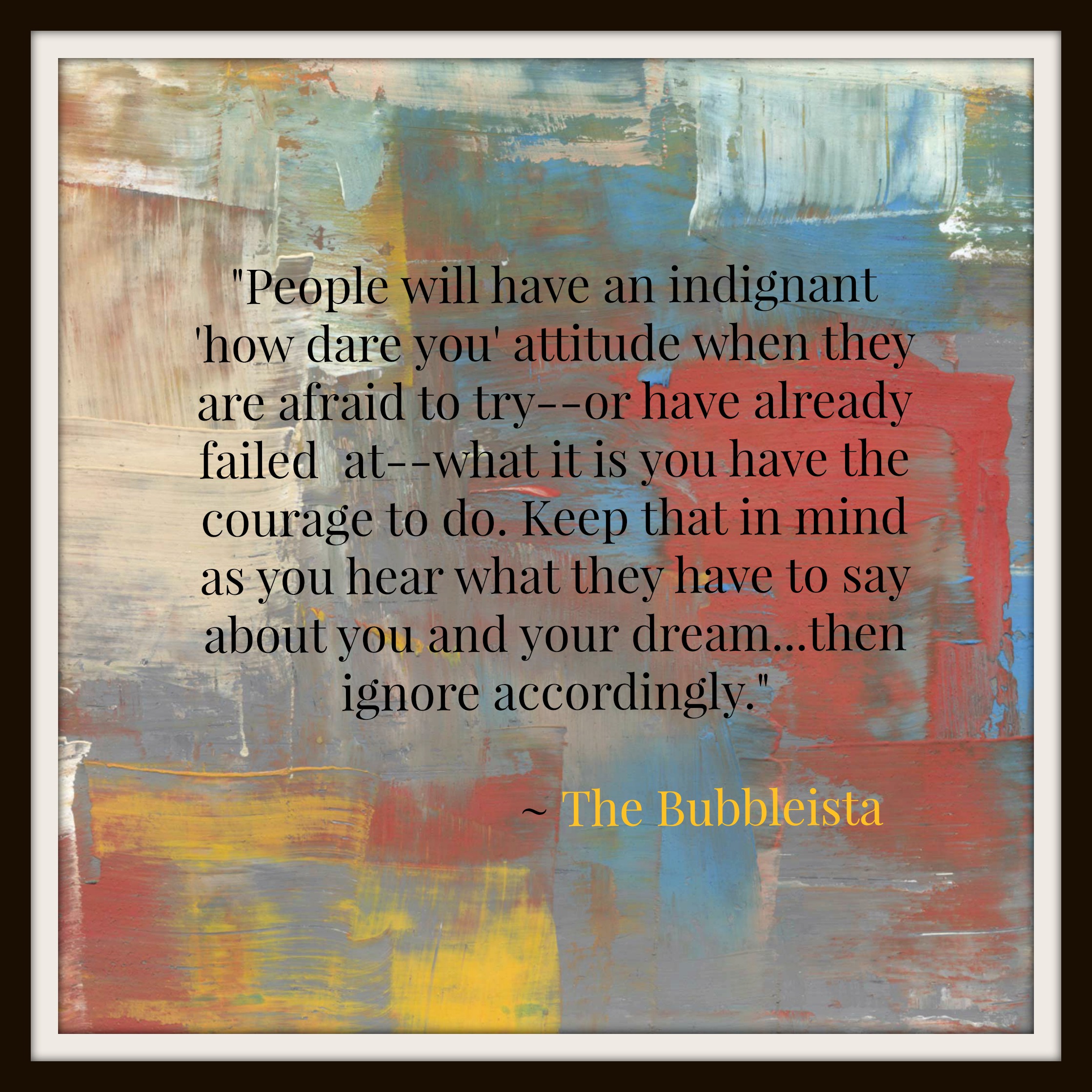 When you have the confidence, courage, or hell, even the foolhardiness to take a risk; have the boldness to put yourself out there in pursuit of your dream, some folks often see their shortcomings in your efforts. They feel pangs of regret for not trying; envy over the strides you make; and anger that your success reminds them of their failure.

We have to keep that in mind whenever people—and “people” can sometimes include strangers, (so-called) friends, and even family—have non-constructive negative commentary about what you are pursuing or doing, especially when it is unsolicited. And once they’ve spoken their peace, you have the power to completely and unequivocally disregard it as if it was never said. If what was said isn’t of value at all, then why waste time internalizing it at all?

This brings me to my personal mantra for 2015: “I am Unbothered.” That means I will actively choose to be above the fray; to float above the discontent, unhappiness, and chaos that others try to project on me, with the ultimate objective of remaining unaffected. 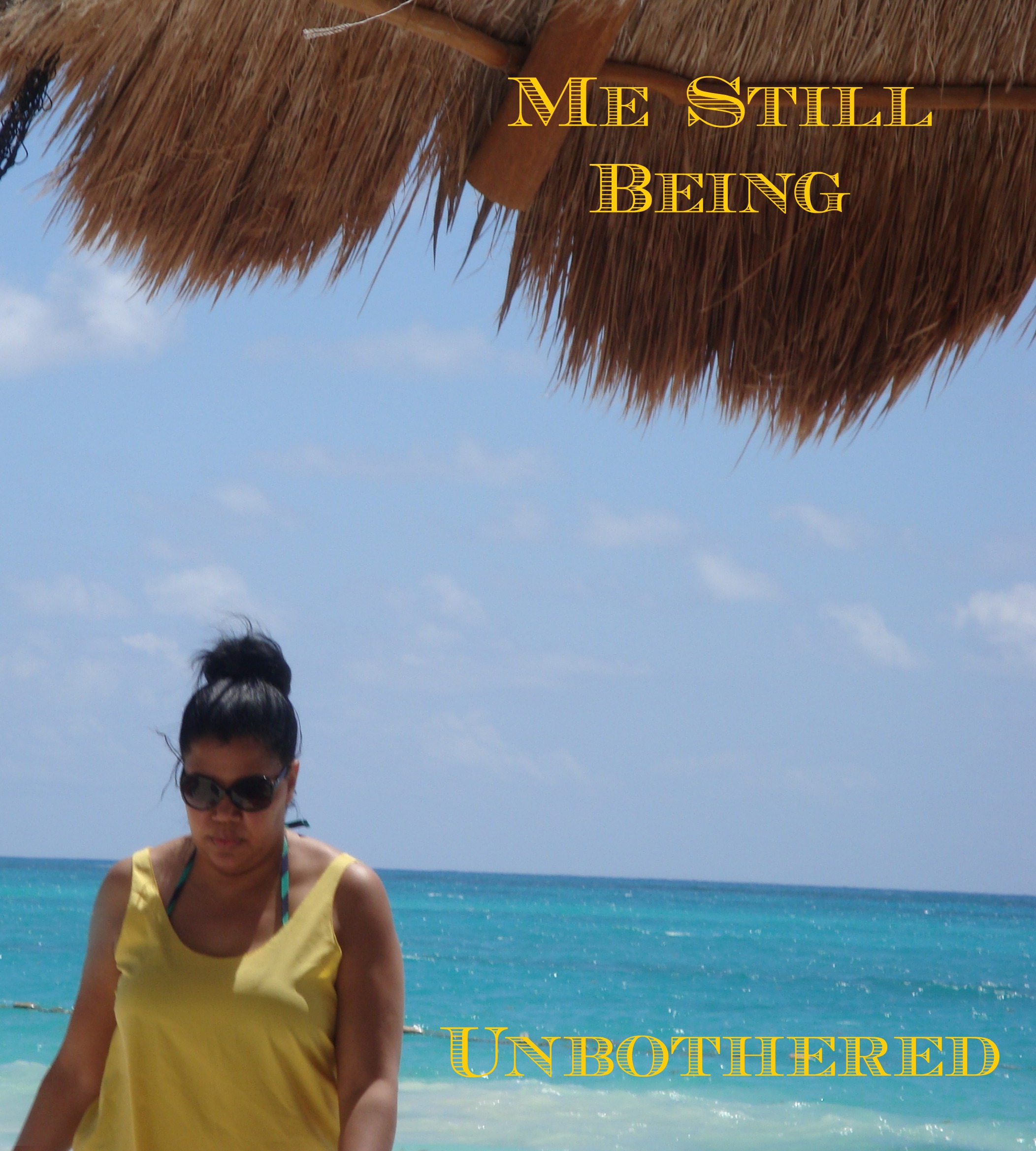 Don’t like me? I am unbothered. Want to be judgmental of me? I am still unbothered. Trying to keep me down where you are? Want to rain on my dream parade? I will remain unbothered. I will not allow my goals to be derailed by anyone or anything. And you shouldn’t either.

Just for the record though, if you think I’m fabulous you can come sit next to me anytime. Ha.

So what’s your motivating word or phrase for 2015 to keep your dreams on track and the negative people at bay? Shout it out in the comments below!

Share on TwitterShare on FacebookShare on Google+Share on Pinterest
« Yeah You Rite: Eating, Drinking and Jazzing Your Way Through New Orleans
WWOD: What Would Olivia Drink? How to Host The Ultimate Red Wine-Fueled #TGIT Scandal Watch Party »